The primary goal of the Levine Research Group at the Yale School of Medicine (LRG@YSM) is to understand and intervene in protein folding diseases using biophysical insights. In particular, we strive to understand the underlying physical and thermodynamic mechanisms that lead to age-related disease in a diverse set of biological environments. We focus predominantly on intrinsically disordered proteins (IDPs) and regions (IDRs), which tend to interconvert between three-dimensional structures. These behaviors enable IDPs to carry out diverse physiological roles, however it can also lead to the aggregation of soluble and insoluble protein plaques (amyloids) over the lifecourse, which is a notable hallmark in certain cancers and in over twenty-one degenerative diseases such as Alzheimer's Disease, Parkinson's Disease, and Type II Diabetes. To better understand these behaviors, LRG@YSM utilizes a combination of molecular dynamics simulations (direct MD, REMD, Umbrella Sampling, Thermodynamic Integration, and Free-Energy Perturbation) and experiments (solution NMR, single-molecule FRET, and optical spectroscopy) that combine physical, chemical, biological, computational, and clinical knowledge in order to manipulate IDPs in cancer, human aging, and in traditional amyloid diseases. 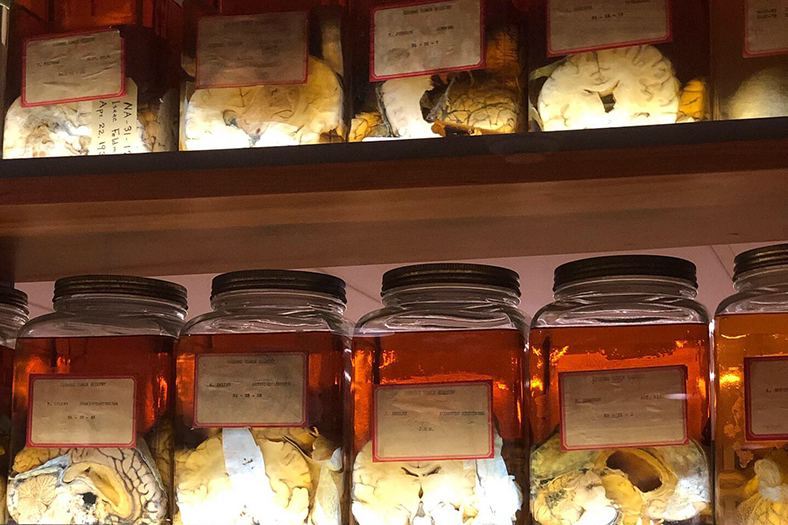 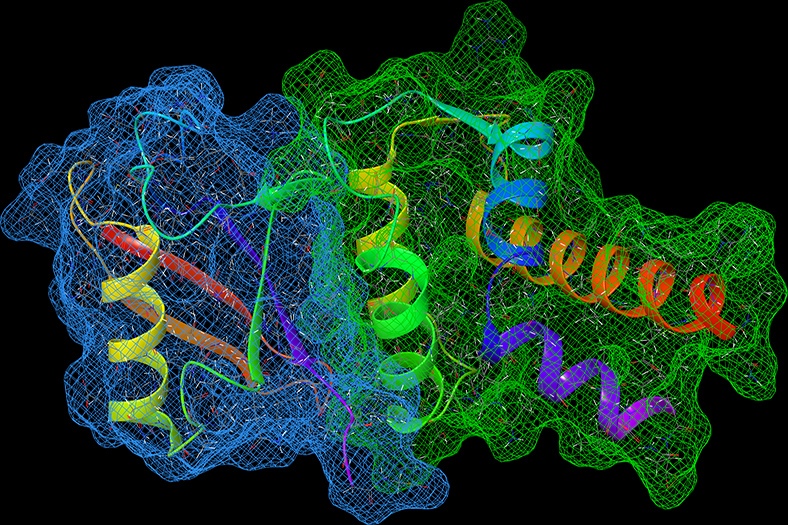 High-performance computing and molecular dynamics (MD) simulations enables us to recreate chemical and biological systems from first-principles, providing nanoscale kinetic and thermodynamic behaviors of molecules. Parallelization of simulations also allows for the folding of unstructured proteins, which are notoriously difficult to characterize from experiments alone. Our lab employs many theoretical techniques, including replica-exchange MD (REMD), umbrella sampling, thermodynamic integration, and free energy perturbations.

Cognitive decline in Alzheimer’s Disease (AD) and many other age-related dementias have long been associated with the presence of insoluble amyloid plaques that disrupt normal synaptic functioning. However, more recent studies have revealed that synapse impairment from AD is much more potently associated with soluble amyloid-beta oligomers (abo), rather than from insoluble fibrils. Soluble oligomers are structurally irregular and promiscuously bind to membrane proteins, thereby dysregulating downstream amyloid assemblies such as tau. These properties, unfortunately, have also made it difficult to experimentally characterize abo, since oligomeric states can be transient or otherwise observed as noise.

Molecular simulations and amyloid-characterizing experiments are being combined to enhance peptide-abo interactions in order to abrogate the binding of abo to membrane proteins. While peptides are unlikely to serve as an AD therapeutic, amyloid-targeting peptides can guide the construction of next-generation agents that cross the blood-brain barrier and potently inhibit the toxicity of abo. Similarly, targeting of abo by peptide aptamers can potentially enable the tracking of soluble oligomers through fluorescent tagging during the formation of insoluble fibrils. We synergistically combine molecular dynamics simulations with NMR spectroscopy, chromatography, and ligand-binding assays to measure oligomer structure, size, and the ability to bind to membrane proteins, respectively. This work seeks to bridge basic biophysical research with clinically-relevant systems through the translation of model aptamers from simulations into experiments. The protocols and products developed as a result of this study will subsequently inform follow-up studies of soluble amyloid toxicity in live cells, with extensions to multiple neurodegenerative diseases.

In over half of all cancer types, tumor suppressor proteins such as p53 can become inactivated by a single amino acid mutation, which inhibits their ability to induce programmed cell death. Many of these mutations can affect their ability to directly bind DNA, however others can result in misfolded structures that are associated with the poorest disease prognoses. Follow-up studies have indicated that misfolded tumor suppressor proteins tend to outwardly display a number of internal sticky amino acids, thereby increasing their aggregation to one another and subsequently disrupting their ability to function. Thus, many cancers can be thought of as protein aggregation or amyloid diseases, where protein regulators are no longer able to suppress aberrant behaviors due to uncontrolled aggregation.

In many of the most lethal cancer types such as high-grade serous ovarian carcinomas (HGSOCs), where a majority of patients die within the first five years of diagnosis, mutations that enhance tumor suppressor protein aggregation can be found in over 96% of cases. While there are currently no therapies to address protein co-aggregation in cancer, despite its strong correlation to treatment response and prognosis, there is emerging evidence that amyloid-inhibiting peptides may potently inhibit p53 aggregation in HGSOCs and reduce xenograft tumor size by up to 90%. This suggests that limiting the self-aggregation of p53, and coaggregation of related homologs such as p63 and p73, could greatly improve cancer treatment plans. In order to translate this research into clinical treatments, it is necessary to understand which amyloidogenic fragments are unlocked by each mutant, or if a single nucleating fragment is responsible for a majority of co-aggregation behaviors. Similarly, rescuing paralog tumor suppressor proteins from p53 co-aggregation should also encourage tumor reduction, even in the presence of mutated p53 aggregates. Experiments are underway to synergistically validate our theoretical predictions and to inform/refine additional simulations. As a whole, this research lays the foundation for developing therapies that reduce tumor suppressor dysregulation in ovarian cancer, with the potential to extend to all cancer types that exhibit misfolding mutations. 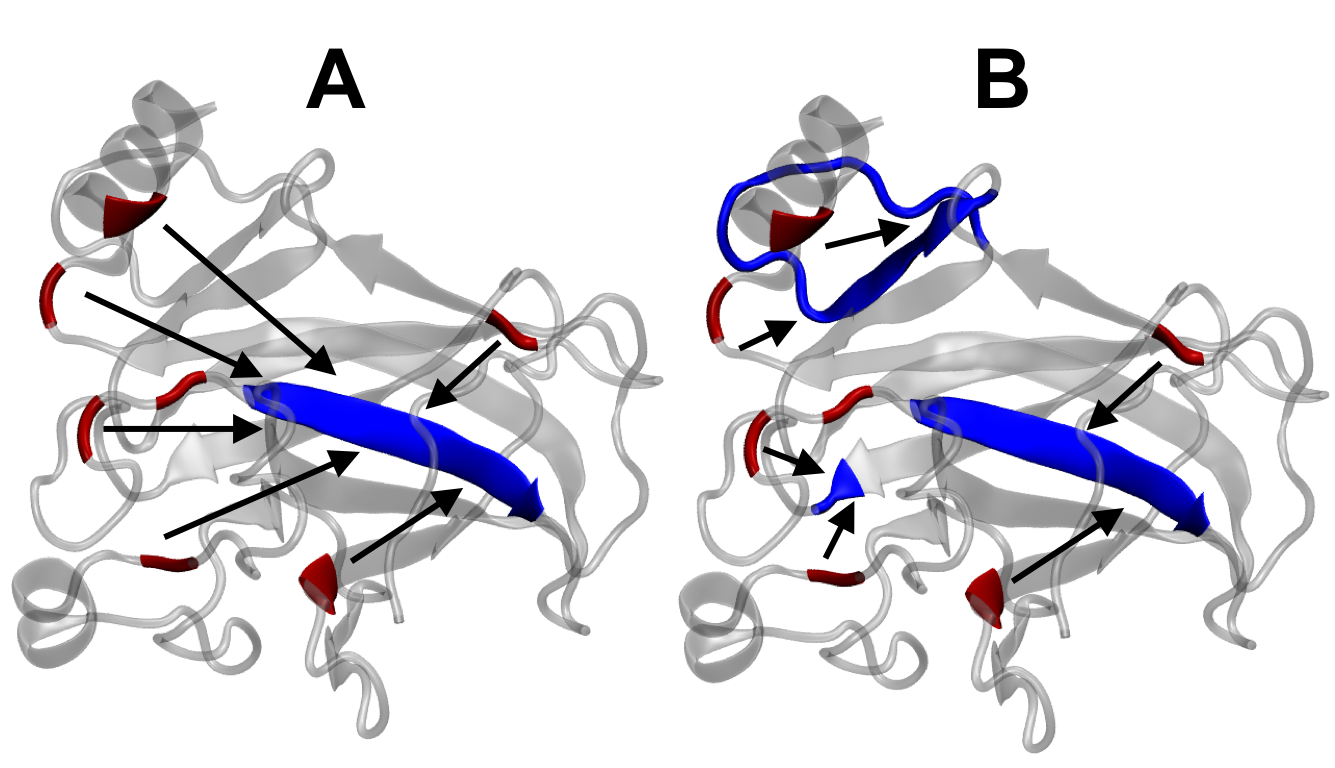